WHY IS java programming language Better Than Other Languages? Java is a high programming language originally developed by a Sun Microsystems and released in 1995. They can runs on various platform such as “Windows”, “Mac OS”, and the various version of UNIX and helpful with other programming  languages. In June 1991, “James Gosling”, “Mike Sheridan”, and “Patrick Naughton”, initiated the Java language project. The language was initially called “Oak” after an oak tree that stood outside Gosling’s office. The project went by the name Green and was finally renamed Java, from Java coffee.

Java is a high programming language

In 1997, Sun Microsystems approached the ISO/IEC JTC1 standards body and later the Ecma International to formalize Java. There are five primary goals in the creation of Java programming languages such as: it must be “simple, object-oriented, and familiar”. It must be “robust and secure”. It must be “architecture-neutral and portable”. It must execute with “high performance”. It must be “interpreted, threaded and dynamic”. There are nine version of Java languages such as: “JDK 1.0”, “JDK 1.1”, “J2SE 1.2”, “J2SE 1.3”, “J2SE 1.4”, “J2SE 5.0”, “Java SE 6”, “Java SE 7”, “Java SE 8”, etc. One design goals of Java programming is protability. Its mean that program written for the Java platform must run similarly on any combination of hardware and operating system with adequate runtime support. On 27 January 2010, Oracle Corporation is the current owner of the official implementation of the Java SE platform. The Oracle implementation is packaged into two different distribution are : Java Runtime Environment (JRE) and Java Development Kit(JDK).

The syntax of Java is largely derived from C++. It is combine the syntax of structured, generic, and object-oriented programming. Java was built almost exclusively as an object-oriented language. All codes is written inside classes. Java is used similar as C++. There are three different types of style of comments: a single line style marked with two slashes(//), a multiple line style opened with(/*) and closed with(*/). The traditional example of “HelloWorld!” can be written in Java programming   is given as below:

system.out.printIn(“Hello World!”); // Prints the string to the console.

This is the example of Java program to print the “Hello World!” on the console.

Why you should learn Java Programming Language

1) Java is Easy to learn

Many would be surprised to see this one of the top reason of learning Java, or considering it as best programming language, but it is. If you have steep learning curve, it would be difficult to get productive in short span of time, which is the case with most of professional project. Java has fluent English like syntax with minimum magic characters e.g. Generics angle brackets, which makes it easy to read Java program and learn quickly. Once a programmer is familiar with initial hurdles with installing JDK and setting up PATH and understand How Classpath works, it’s pretty easy to write program in Java.

Another reason, which made Java popular is that it’s an Object Oriented Programming language. Developing OOPS application is much easier, and it also helps to keep system modular, flexible and extensible. Once you have knowledge of key OOPS concept like Abstraction, Encapsulation, Polymorphism and Inheritance, you can use all those with Java. Java itself embodies many best practices and design pattern in it’s library. Java is one of the few close to 100% OOPS programming language. Java also promotes use of SOLID and Object oriented design principles in form of open source projects like Spring, which make sure your object dependency is managed well by using dependency Injection principle.

One more reason of Java programming language’s huge success is it’s Rich API and most importantly it’s highly visible, because come with Java installation. When I first started Java programming, I used to code Applets and those days Applets provides great animation capability, which amazes new programmer like us, who are used to code in Turbo C++ editor. Java provides API for I/O, networking, utilities, XML parsing, database connection, and almost everything. Whatever left is covered by open source libraries like Apache Commons, Google Guava and others.

Believe it or not, Eclipse and Netbeans has played huge role to make Java one of the best programming language. Coding in IDE is pleasure, especially if you have coded in DOS Editor or Notepad. They not only helps in code completion but also provides powerful debugging capability, which is essential for real world development. Integrated Development Environment (IDE) made Java development much easier, faster and fluent. It’s easy to search, refactor and read code using IDEs. Apart from IDE, Java platform also has several other tools e.g.. Maven and ANT for building Java applications, decompilers, JConsole, Visual VM for monitoring Heap usage etc.

visit us on our website-www.websoles.com 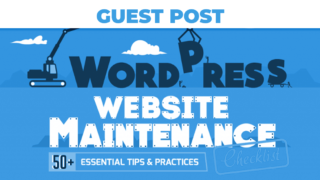